HIV Criminalization: Attitudes and Opinions of the U.S. Public 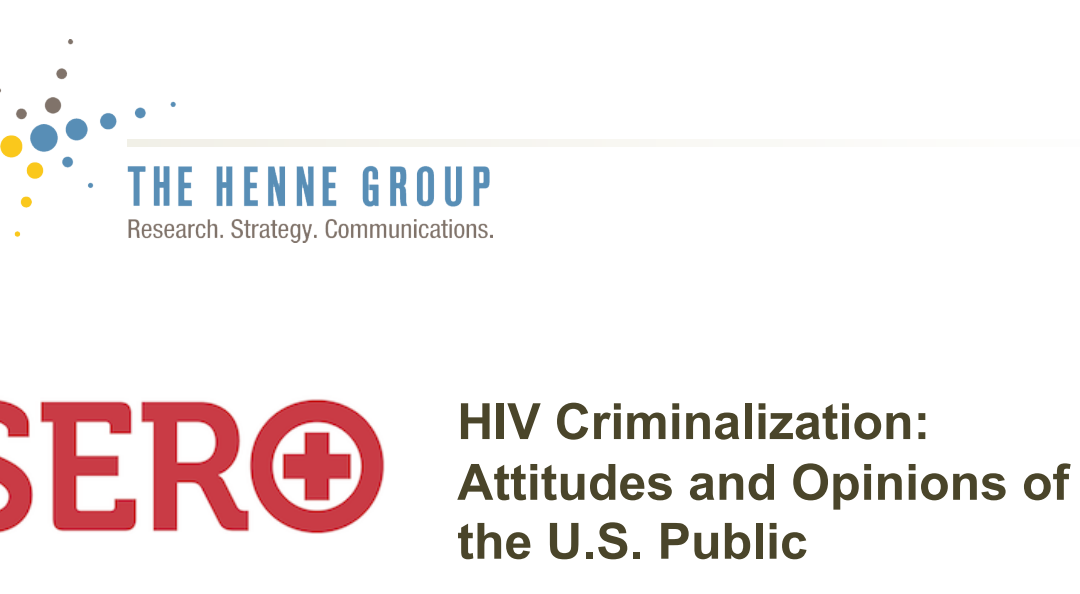 Currently, many states have criminal laws that only apply to people with HIV. Basically these
laws mean that if someone with HIV doesn’t inform their sex partner prior to having sex, they
can be prosecuted and jailed – even if they use condoms or do not do anything that presents a
risk of infecting the other person – even if they don’t infect anyone, and even if they had no
intention of infecting anyone.

The objectives of this study were to assess current attitudes and opinions on HIV-related issues and HIV criminalization statutes, test potential messages that might be used to educate and inform the general public about HIV criminalization statutes, and determine the types of messages that are most and least effective with supporters, potential supporters, and likely opposition groups.