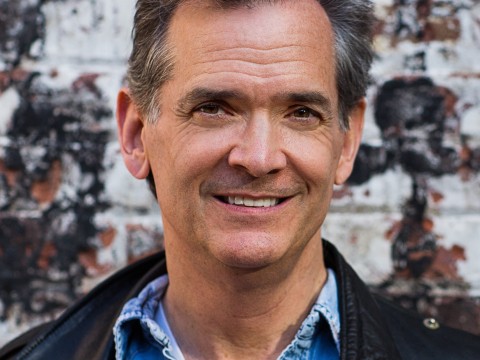 The Sero Project grew out of the anti-criminalization advocacy work of Sean Strub, who serves as its executive director.  Strub is a writer and long-time activist who has been living with HIV for more than 30 years.  He founded POZ Magazine, served on the board of the Global Network of People Living with HIV (GNP+) and is the author of Body Counts: A Memoir of Politics, Sex, AIDS, and Survival (Scribner 2014).  He has been engaged in HIV-related stigma, discrimination, criminalization and empowerment issues since the earliest days of the epidemic. 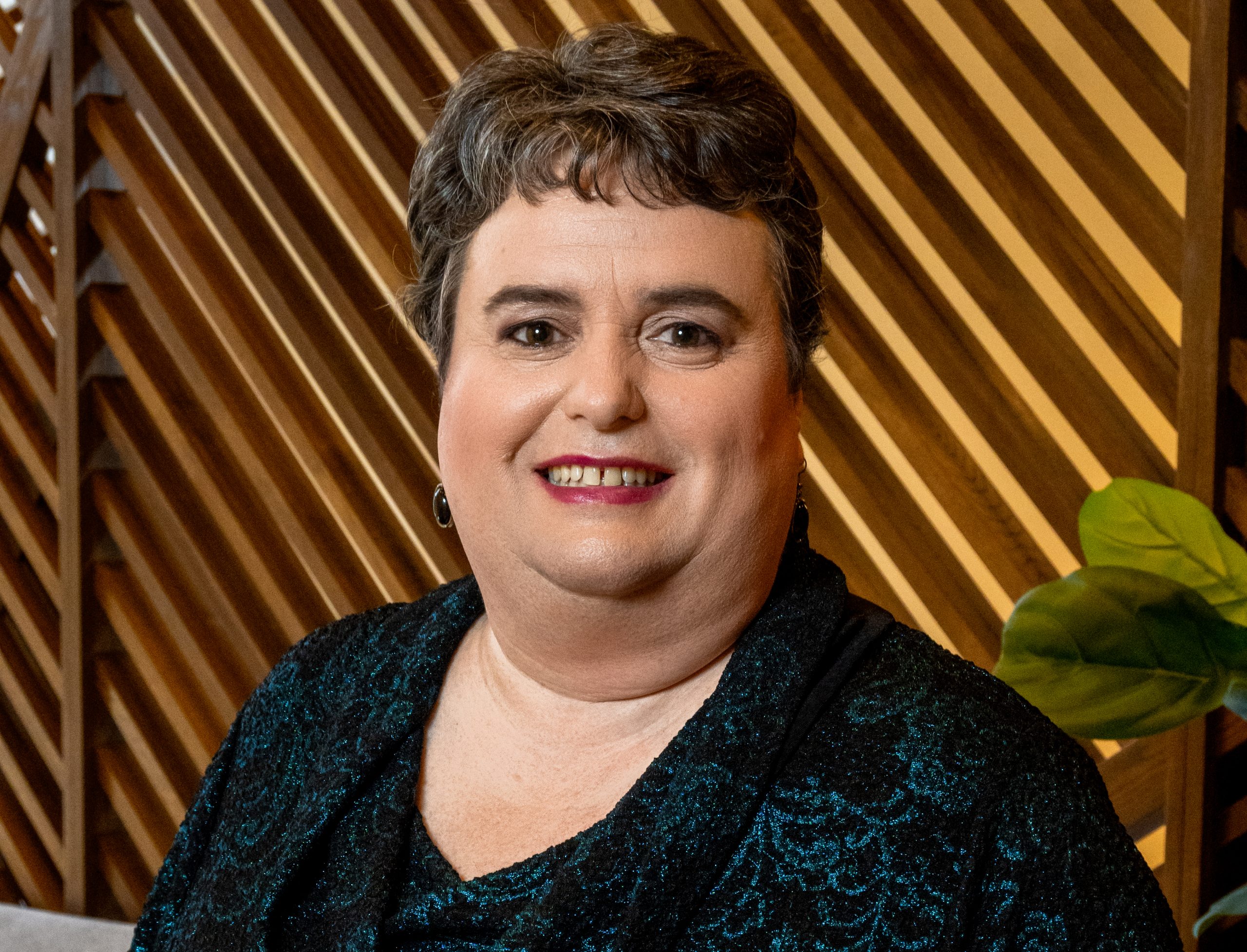 Tami Haught, Sero’s Co-Managing Director, was diagnosed in 1993 and lived with HIV in silence for 6 years, before embracing advocacy and HIV education.  She is the President of PITCH (Positive Iowans Taking Charge) and as CHAIN (Community HIV/Hepatitis Advocates of Iowa Network) Community Organizer, from 2012 to 2014, managed the successful campaign to reform Iowa’s HIV criminalization statement. Tami is also a steering committee member of the US PLHIV Caucus, a member of the Positive Women’s Network -USA and was inducted into the 2020 Leading Women’s Society in 2015. 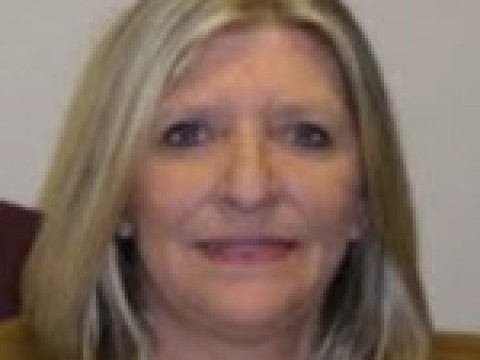 Prior to working with the Sero Project, as Project Coordinator, Cindy worked for 14 years as Educational Outreach Coordinator, Empowerment and Child Advocate, and Legal and Medical Advocate for a crisis center working addressing domestic violence and sexual abuse. She sits on the board of the Upper Delaware GLBT Center, the Pennsylvania Human Relations Commission Advisory Board and the Pike County, PA, Children and Youth Advisory Board. She also worked as a financial analyst for 23 years in New York City. 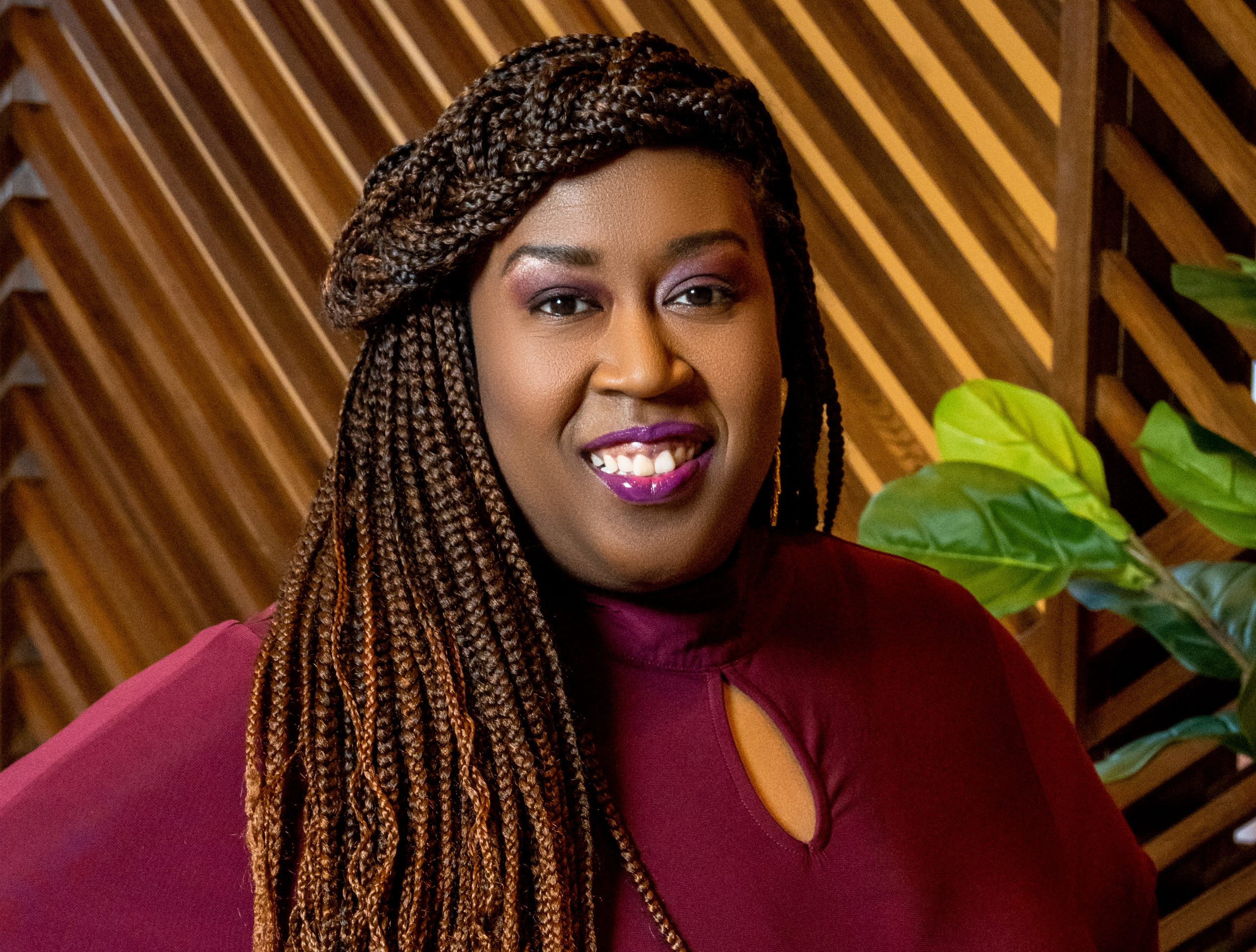 Kamaria Laffrey has been living with HIV since 2003 and currently serves as the Co-Managing Director for the SERO Project. She also serves on various community organizations, including the Florida HIV Justice Coalition, the Healthy Start Coalition, the Florida Community Health Worker Coalition, Prevention Access Campaign Advisory Board, and is a member of the Positive Women’s Network – USA. Her advocacy work focuses on combating HIV criminalization, stigma, intimate partner violence and promoting treatment adherence and women and girl’s health empowerment. Kamaria uses her experience of living with HIV to redefine a legacy that was once anchored in shame and turn it into one that reflects the power of faith, hope and love through embracing healing, providing inspiration and living victoriously. 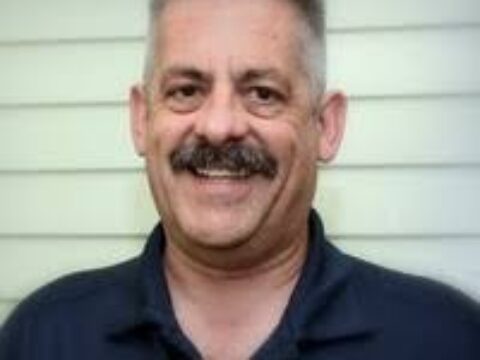 Kevin earnestly began his advocacy career nearly 20 years after his HIV diagnosis and a chance meeting with Sean Strub in Boise, Idaho. Kevin serves as SERO’s Financial Director and has the pleasure of supporting the rest of the staff with SERO’s daily financial operations. He oversees budgeting and monetary programs that allow SERO’s continued growth and commitment to the PLHIV community 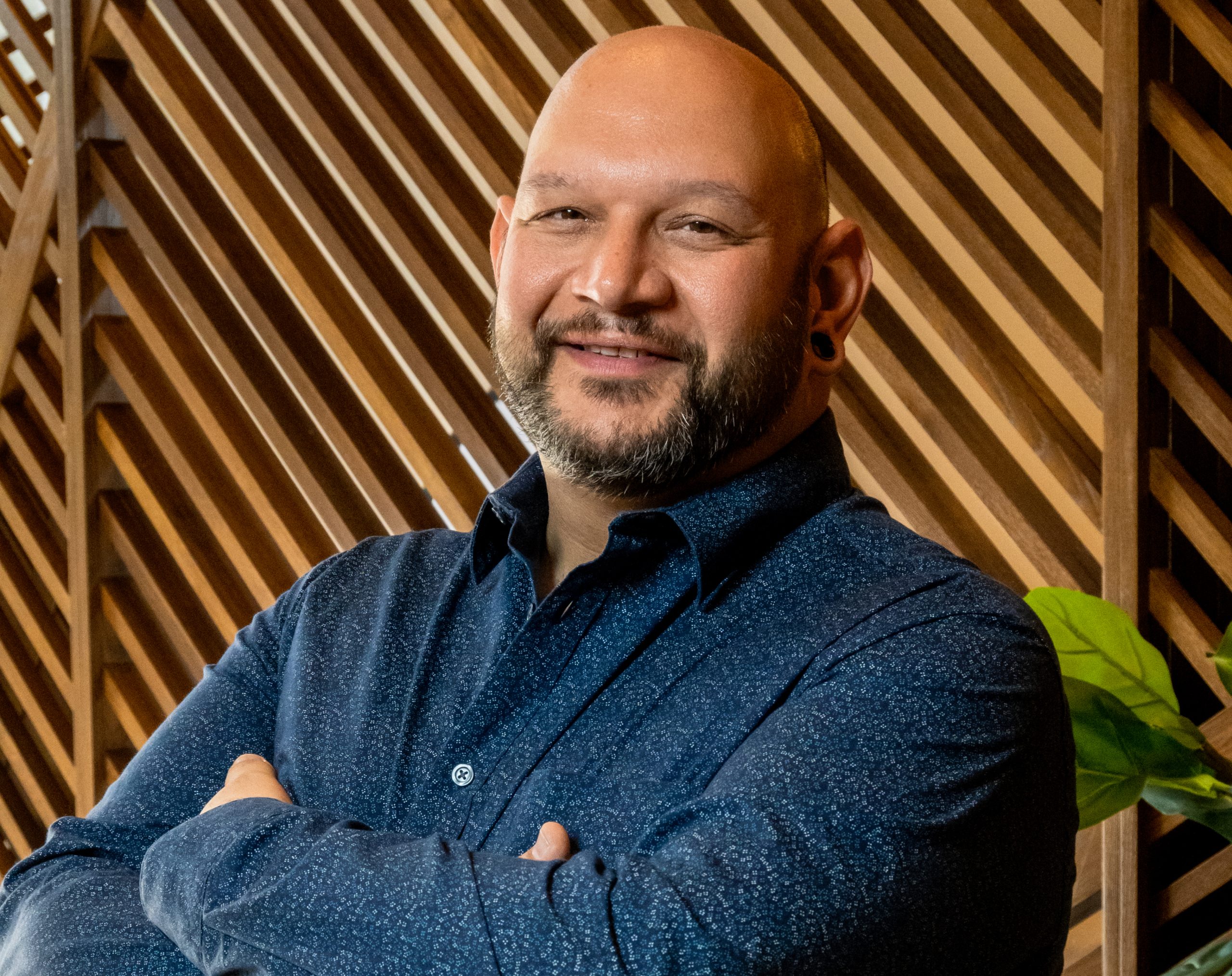 Prior to working with Sero, Pfleider worked at an Indianapolis-based HIV services agency utilizing his talents in communications by creating stigma-reducing, inclusive content and developing engaging images to support these messages while reaching diverse communities that are most impacted by HIV. He also developed a strategic plan to create a marketing and advertising campaign to equitably generate awareness and promote action around HIV within Indianapolis’ BIPOC communities. 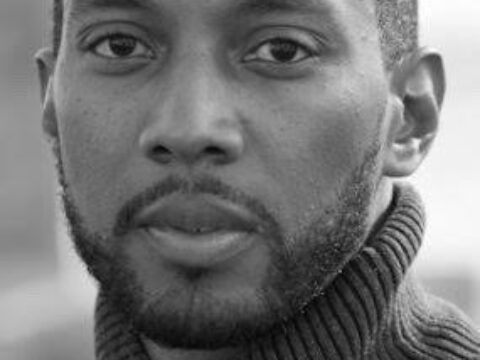 Chauncey is a man on a mission to dismantle all barriers to wealth and wellness. Chauncey helps the community at large have intersectional conversations between groups that otherwise would not have the opportunity to collaborate.

As SERO Project’s Sexual Justice Coordinator, Chauncey will help develop and implement support within the HIV community for the Safe Sex Worker Study Act and create a closer alliance between PLHIV advocates and Sex Worker communities. Chauncey is a natural bridge-builder and looks  forward to exploring the epidemic intersections between race, gender, and identity politics. 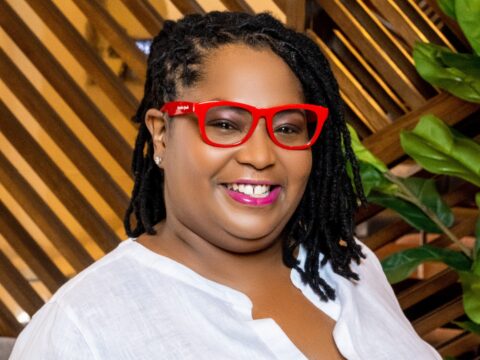 Deirdre Johnson is the Co-founder of Ending Criminalization of HIV and Over-incarceration in Virginia (ECHO VA), a vast network of multiracial and gender inclusive Virginians led by people living with HIV and their allies, fighting for freedom from stigma and injustice for all. She also serves as the State Lead for Positive Women’s Network, USA and is a graduate of their 2019 Policy Fellowship, a member of SisterLove, Inc. 2020 Leading Women’s Society, a U=U Ambassador. Deirdre also hosts a nightly Facebook show as Deirdre Speaks on medical and medicine adherence along with other topics relevant to people living with HIV.

Deirdre will oversee reporting requirements, tracking deliverables and evaluating progress for our micro-grant programs. She will also assess technical assistance needs for grantees and coordinate trainings. 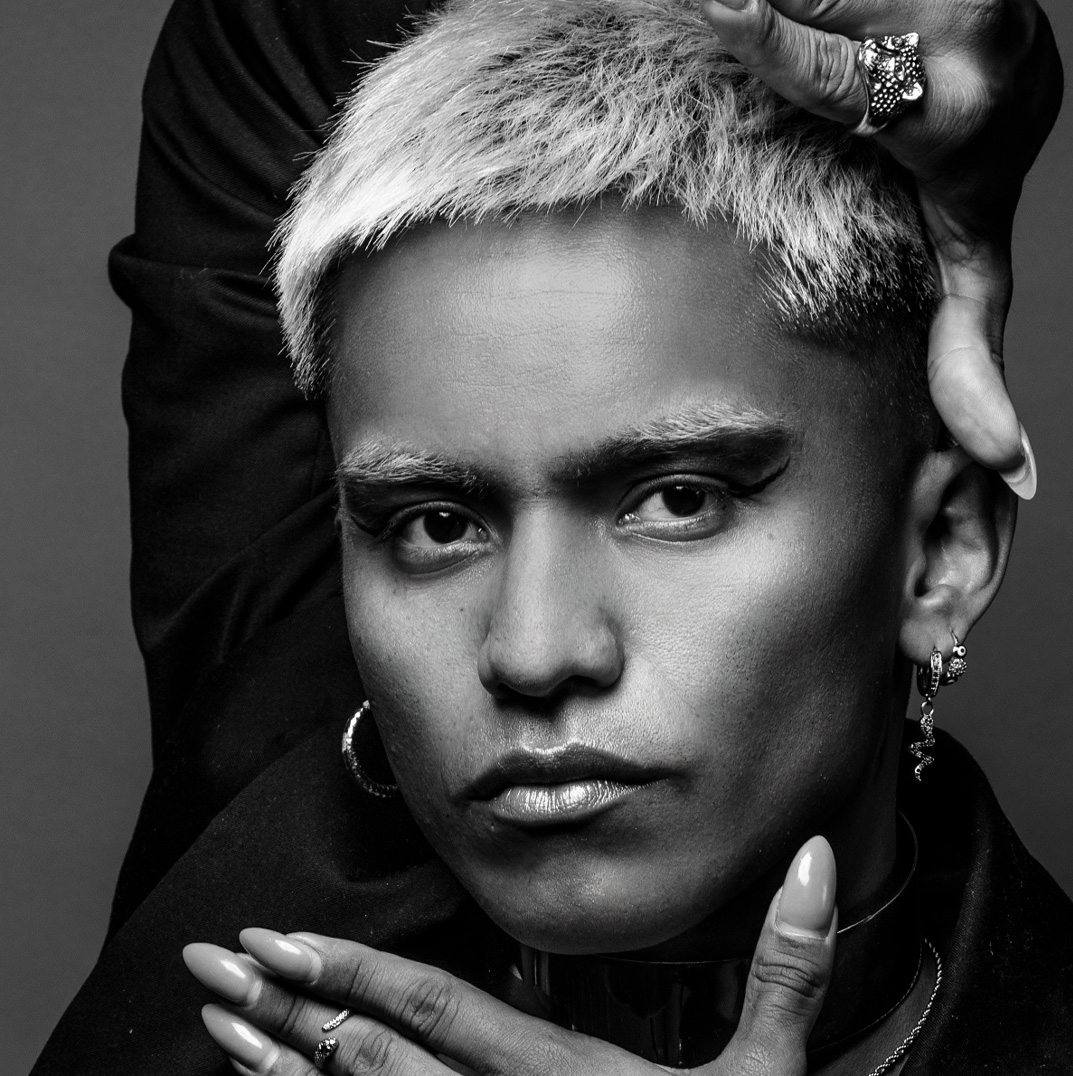 Andy Tapia, or better known in the Mexican ballroom community as Isis Magdalena, is the founder of the House of Magdalena. She has been a leader in the ballroom scene since 2015 and has been working with the LGBTQ+ community since even before that against serophobia, transfobia, and racism in collaboration with several organizations and collectives like MPact Global, Colectivo Antirracista and Inspira Cambio. Since she was diagnosed in 2018 she has been working on sex positivity  and anti-stigmatization of PLHIV through art, balls, protests and conferences. She talked about body image and sex currency at the International AIDS Conference 2022 in Montreal as part of the For Fucks Sake Summit organized by Mpact. She teaches Sex Siren to people living with HIV to reconnect with their sensuality. 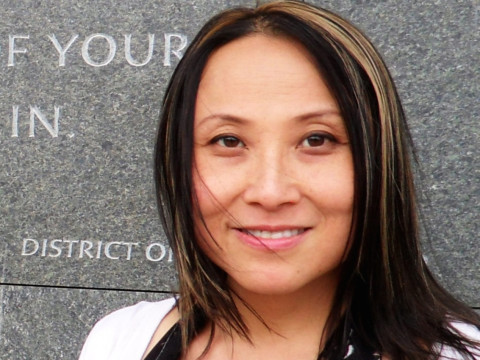 Cecilia Chung, Senior Strategist of Transgender Law Center, is the Co-Chair of the Amsterdam-based Global Network of People Living with HIV, a member of the Global Reference Group of Positive Women. She is an internationally recognized leader who advocates for HIV/AIDS awareness and access to care, LGBT equality, and human rights. Cecilia has been a vocal advocate for transgender women and people living with HIV.

In 2002, she joined the Board of the Asian Pacific Islander Wellness Center and currently consults with them on an innovative mobile HIV testing project for transgender youth. In 2004, as a founding producer of Trans March, she helped organize one of the world’s largest annual transgender events which has since been replicated in cities across the U.S. In 2005, she became the first Deputy Director of the Transgender Law Center and is widely credited with shaping the organization’s mission and programs. In 2013, Cecilia was appointed to the Presidential Advisory Council on HIV/AIDS. In 2015, Cecilia launched Positively Trans, a national, constituents-led project that focus on policy advocacy and leadership development of transgender people living with HIV, especially transgender women of color. 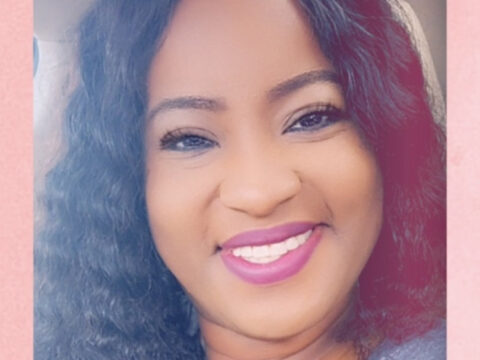 Monique D. Howell was born in Fort Sill Oklahoma. She is the daughter of Bishop Donald C Howell Sr and Cathedral Howell. After graduating  High School she too enlisted in the US Army. Monique now is a veteran, she wrote a book entitled “Living inside my skin of Silence” in 2010 which is a story of her personal testimonial  of many challenges she faced in her life including HIV Criminalization and how she overcame it. Her story has reached the nation allowing her voice to be heard and many doors to open in her life.

Monique is currently a motivational speaker and advocate for HIV/AIDS Awareness where she has spoken to numerous places around the world. She is also a social media influencer on many social media platforms where she speaks about HIV Awareness and other uplifting topics. She is currently the Executive producer in her new short film that called “A Silver Lining” which is another inspirational film of her life and currently filming another short film called “On the Other Side”. She hopes that her testimonial will help many broken people and hope it can encourage them to have the will power to keep pushing even in the midst of their storms.

Monique is the proud Mother of 5 children 3 boys and 2 daughter. Her favorite saying is “You must first love yourself before you can love anyone else. 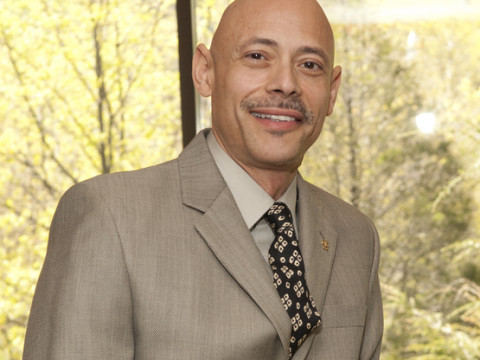 Xavier has been involved in the HIV epidemic since he helped his partner, Sean Strub, found POZ Magazine in 1994. Several years later, he and journalist Gonzalo Aburto founded POZ en Espanol, with Xavier serving as Associate Publisher. Xavier also served on the board of directors of Homovisiones, the first Spanish-language public access cable television showed geared to Spanish-speaking LGBT people and their families. Filmed in Manhattan, Homovisiones was broadcast in markets across the U.S. and Caribbean. 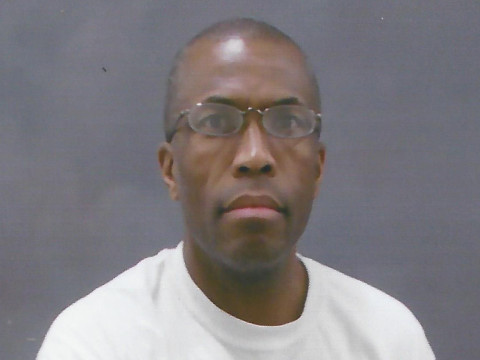 Kerry Thomas joined the Sero Board in 2013. Thomas is serving two consecutive 15-year sentence for having consensual sex, with condoms and an undetectable viral load, with a female partner and did not transmit HIV. Kerry is very active in educating, supporting and advocate within the walls of the Idaho correctional facility.