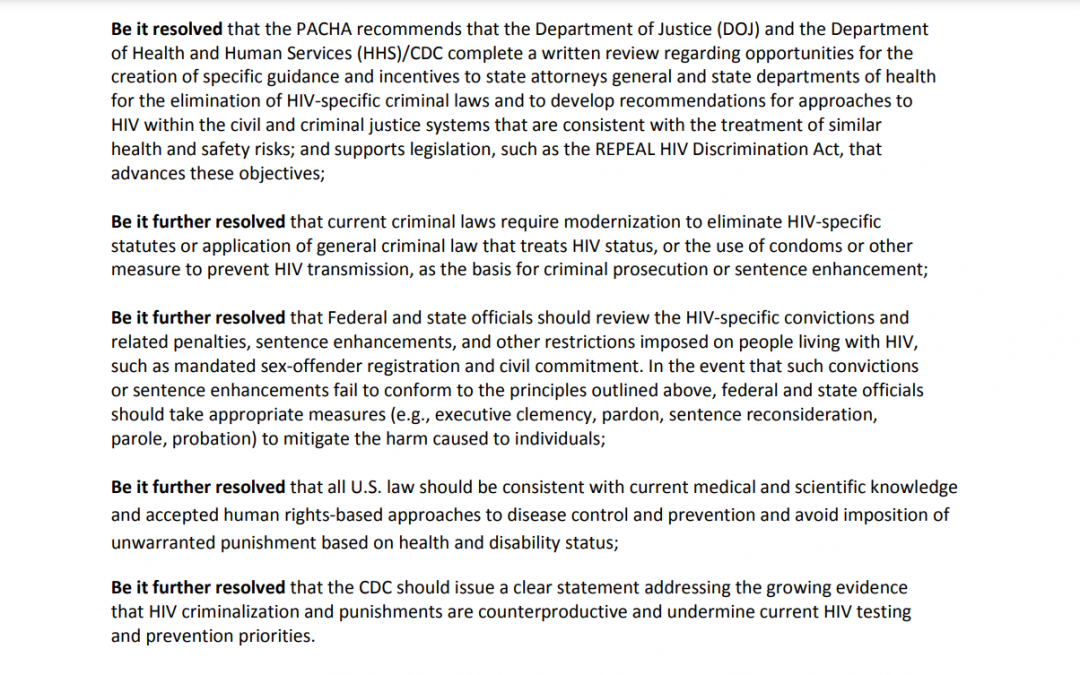 Despite the relatively low risk of transmission and significantly lowered level of harm, thirty-four U.S. states and territories have adopted criminal statutes based on perceived exposure to HIV. Most of these laws were adopted before the availability of effective antiretroviral therapy for HIV, which substantially reduces already low transmission risks and provides a pathway to highly successful HIV treatment.

People living with HIV have been charged under aggravated assault, attempted murder, and even bioterrorism statutes, and they face more severe penalties because law enforcement, prosecutors, courts, and legislators continue to view and characterize people living with HIV and their bodily fluids as inherently dangerous, even as “deadly weapons.” Punishments imposed for non-disclosure of HIV status, exposure, or HIV transmission are grossly out of proportion to the actual harm inflicted and reinforce the fear and stigma associated with HIV. Public health leaders and global policy makers agree that HIV criminalization is unjust, bad public health policy and is fueling the epidemic rather than reducing it.