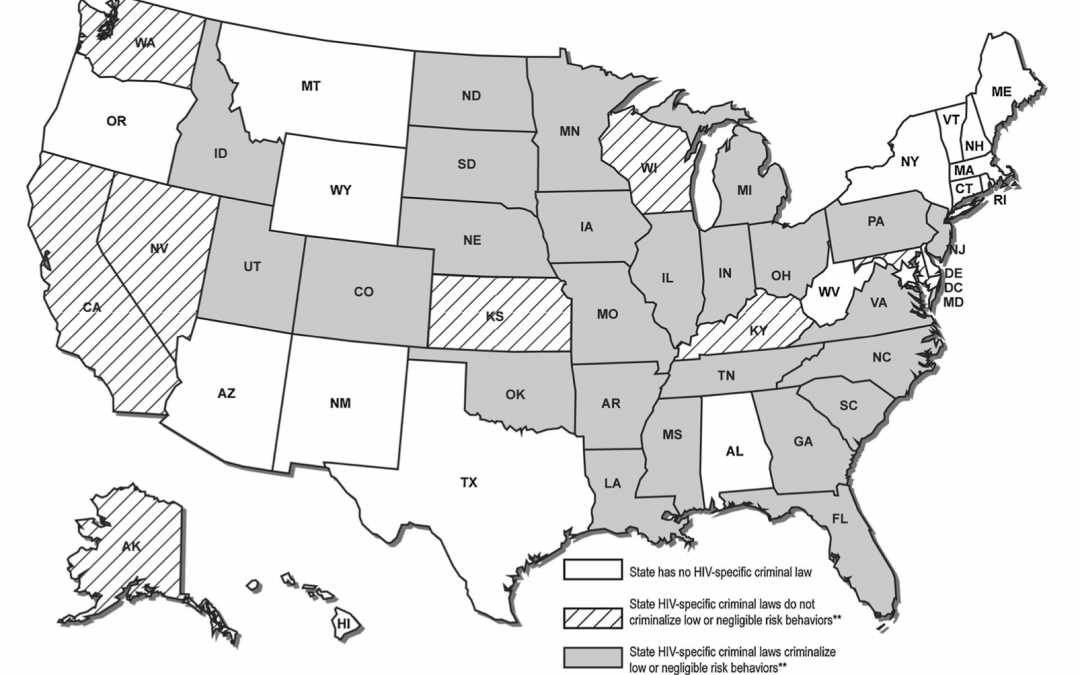 For the past three decades, legislative approaches to prevent HIV transmission have been used at the national, state, and local levels. One punitive legislative approach has been enactment of laws that criminalize behaviors associated with HIV exposure (HIV-specific criminal laws). In the USA, HIV-specific criminal laws have largely been shaped by state laws. These laws impose criminal penalties on persons who know they have HIV and subsequently engage in certain behaviors, most com- monly sexual activity without prior disclosure of HIV- positive serostatus. These laws have been subject to intense public debate. Using public health law research methods, data from the legal database WestlawNextÓ were analyzed to describe the prevalence and characteristics of laws that criminalize potential HIV exposure in the 50 states (plus the District of Columbia) and to examine the implications of these laws for public health practice. The first state laws were enacted in 1986; as of 2011 a total of 67 laws had been enacted in 33 states. By 1995, nearly two-thirds of all laws had been enacted; by 2000, 85 % of laws had been enacted; and since 2000, an additional 10 laws have been enacted. Twenty-four states require persons who are aware that they have HIV to disclose their status to sexual part- ners and 14 states require disclosure to needle-sharing partners. Twenty-five states criminalize one or more behaviors that pose a low or negligible risk for HIV transmission. Nearly two-thirds of states in the USA have legislation that criminalizes potential HIV exposure. Many of these laws criminalize behaviors that pose low or neg- ligible risk for HIV transmission. The majority of laws were passed before studies showed that antiretroviral therapy (ART) reduces HIV transmission risk and most laws do not account for HIV prevention measures that reduce transmission risk, such as condom use, ART, or pre- exposure prophylaxis. States with HIV-specific criminal laws are encouraged to use the findings of this paper to reexamine those laws, assess the laws’ alignment with cur- rent evidence regarding HIV transmission risk, and consider whether the laws are the best vehicle to achieve their intended purposes. To read more, click the View Resource button below.