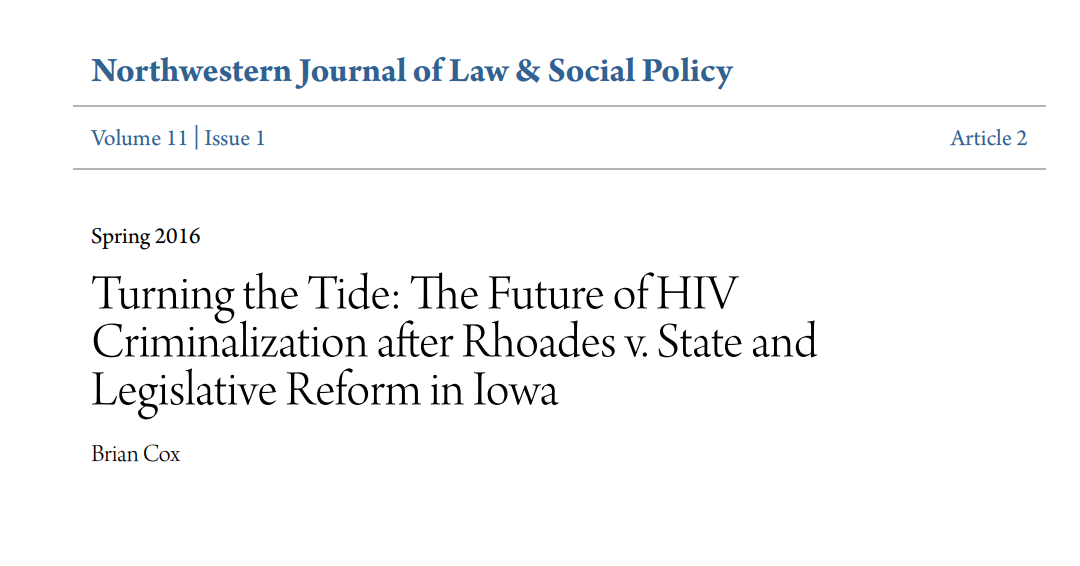 In the decades since it first appeared in the United States, HIV has gone from a
mysterious and terrifying death sentence to a preventable, manageable chronic condition.

Until 2014, Iowa’s HIV criminalization law was one of the most draconian in the
country, carrying a maximum sentence of twenty-five years imprisonment and lifetime registration as a sex offender. Moreover, it captured within its ambit activities that carry no more than a theoretical risk of HIV transmission. But in the summer of 2014, the Iowa Supreme Court made history by ruling in Rhoades v. State that Iowa’s HIV criminalization statute could not be used to prosecute people living with HIV for consensual sex acts that pose no reasonable risk of transmitting HIV.